Hello Walter. I have been fighting with a couple reels of  ~1982 Agfa 469. It’s not sticky but is is shedding like crazy. Poking around the net I found your site. What is your experience with restoring Agfa tape? I have baked about a million reels of 456 over the years but I have been advised by many people not to bake 469.

Looking for options. Thanks!   -G.

Unfortunately, I don’t have a lot of experience with restoring Agfa tape, specifically the 469. I believe the shedding problem to be completely connected to the absorption of moisture from the atmosphere. The magnetic particles are held in place on the tape backing by polyester matrix. Polyester is composed of an alcohol and an acid. The acid used is acetic acid (vinegar in the kitchen). If you have ever opened a tape canister and smelled vinegar, you are experiencing the breakdown of the polyester matrix. And that leads to rub-off, falloff, etc spelling the end of life for that tape. That is why folks bake tape: to drive off the absorbed moisture. At the LAST Factory, we prefer to place subject tapes into a vacuum chamber, exhaust the air and remove the contaminating moisture that way. However a lot more folks have access to an oven than to a vacuum chamber. One way or another the moisture has to be removed to stabilize the tape.

I wish I could help with the 469. I just don’t have enough experience to draw on.  -Walter

I’m lucky to live in Minneapolis with the immense knowledge of [-edited-] of 3M tape fame. He has very strong scientific and empirical knowledge of tape binder issues that apply to 3M and Ampex tape. His advice has paid off over the many years I have been handling tape. Agfa (pre BASF) tape is a different animal, and does not suffer the same hydrophilic binder issues. Agfa 469 shed oxide the day it was born. It was a known issue but it was tolerated because it sounded so damn good, but 40 years later we have quite a mess on our hands. And the other issues is that it is prone to dropouts near edits. The adhesive in the splicing tape will ooze out onto adjacent layers and that oxide will lift off. Another reason not to heat the tape.

[Other friends]  have recommended that I try cleaning and tape lubricant for shedding 469 and yours was one mentioned. It’s definitely worth a shot. These particular reels have been in a German vault since ca. 1982 and they are the last of a dozen albums being remastered for the artist. Luckily, the other reels were not as problematic as these have turned out to be.

I’ll let you know how it goes. Thanks!

This is Christine and Walter at The LAST Factory and we were wondering how your cleaning of your tape is going. We were very curious since we don’t have a lot of experience with the 469. Hope it’s going well. 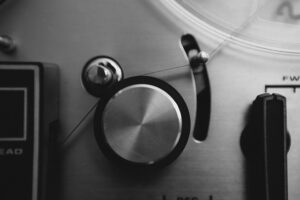 Well… let’s just say it didn’t work. Nothing worked. AGFA tape of that era (both 468 and 469) is just a disaster. It sounded great but shed the fist time you used it, then it got sticky and fragile over time, and in too many cases – it died. In this case it was a total binder breakdown.

I consulted with all of my usual pals about this one. They all agree that this one is toast. I have had some success restoring Agfa tape over the years but this one was just not recoverable. When other tapes were recoverable, they usually lost large chunks of backing in the process. I had to set up a vacuum to catch the debris on one memorable transfer. fun…

I tried LAST as a… sorry… last resort. 😉 Followed the directions, then got ever more aggressive with application. Never got more than about 30 seconds of play without clogging the heads.

I’ll keep it around for the next time I run into trouble. Just wasn’t gonna happen this time.