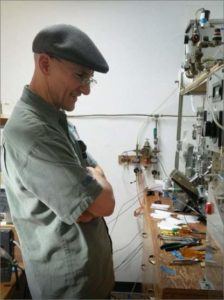 Jeff began using LAST products on his vinyl records in the 1980’s. After moving to the small town of Livermore, he discovered it was the hometown of The LAST Factory. He met Walter Davies through their work in local non-profits. Walter and Jeff had long talks about how to move the Factory forward. Over some delicious meals cooked by Walter’s wife, Nan, they formulated a plan. Jeff is the new owner, Walter became the technical wizard, and Christine and Moe! continue to make it all work. 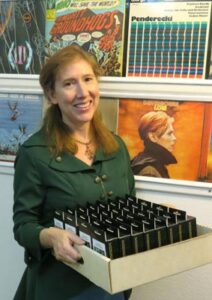 Christine McCall originally met Walter Davies through the local art club.  They became good friends, and soon she began working at The LAST Factory to overhaul the company website and store. Over the years she learned bookkeeping, invoicing, packaging, mailing, and customer service. Now she manages the daily operations at the factory. 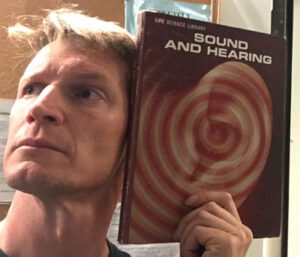 Moe! is the go-to guy to get anything done. From shipping and packaging, from inventory to quality control, he ensures that every bottle going out the door is of the highest quality. In his off hours, he is a conductor and composer for the Moe! Staiano Ensemble, (formerly Moe!kestra!), a large-ensemble avant-garde orchestra, which can feature over 30 musicians playing everything from violins, clarinets and cellos to drum kits, oscillators and electric guitars. Moe! Staiano Ensemble performances are high-energy, electrifying experiences that create unique and memorable soundscapes that intrigue and beguile. Learn more about his creative pursuits at www.moestaiano.com.

Free shipping within the USA