Shock-Waves: The Major Cause of Record Wear and Damage

The major cause of record wear/damage is “shock-wave fracturing”. As the stylus (needle) passes through the record groove, it produces a twin pressure waves. These rapidly moving pressure waves radiate from the two spots of stylus contact on the groove wall. These waves travel ahead of the stylus, moving along the groove in the same way as a bow wave moves ahead of a boat.

When the pressure waves encounter a tiny crack or any other manufacturing surface imperfection, the energy piles up, forming a shock wave that can exceed the forces holding the surface together. The shock wave force can then blow fragments off the groove wall. This kind of damage occurs on the very first play, and will increase exponentially as a function of both the number of plays and stylus loading. This damage accumulates as a significant and irreversible part of record wear.

Dirt is Still a Problem

Although a new record may look clean on the surface, it is not. Every new record has surface residues and record-pressing compounds left over from the manufacturing process.

From the moment of removing a record from its cover, electrostatic attraction brings dust particles in the air to the record surface. Also, normal handling of records will add debris, fingerprint oils, salts and residues.

These surface contaminants are additional sources of record wear. The leading edge of the stylus picks up dirt and drags it along, scraping a gouge in the groove wall. At the same time, the stylus can embed dirt into the vinyl where it becomes the center of a new shock-wave damage site.

LAST Record Preservative was invented to eliminate the record wear caused stylus pressure waves. So your records can be played 100s of times without discernible wear. Learn more about record preservation with this article. 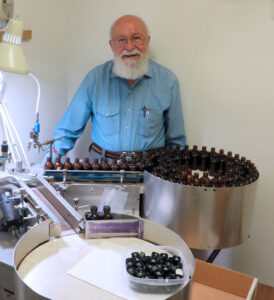